It's only November, yet 2020 is the deadliest year on record for the transgender community.

Today, November 20, is Transgender Day of Remembrance. The observance grew out of a vigil for Rita Hester, a member of the Boston LGBTQ+ community who worked locally on education around trans issues and nurtured many of the city’s LGBTQ+ youth. She was killed in her home on November 28, 1998, a few days shy of her 35th birthday. Twenty-two years later, her murder has not been solved.

On the first anniversary of Hester's death, trans advocate Gwendolyn Ann Smith organized a vigil to commemorate Hester and all transgender people lost to violence since her death. That vigil began the tradition that is Transgender Day of Remembrance. “When the Transgender Day of Remembrance first began, trans people were nameless victims in many cases," Smith wrote in 2014 for The Advocate. "Our killers would do their best to erase our existence from the world. And law enforcement, the media, and others would continue the job."

This year, at least 34 transgender or gender non-conforming people have been murdered by violent means in the United States. This number is likely higher; victims are, to this day, often misgendered in local police statements and media reports, which can delay awareness of deadly incidents. The majority of these victims, like Hester, were Black transgender women living at the intersection of racism, homophobia, and transphobia. The Lesbian, Gay, Bisexual, Transgender, Queer, and HIV-affected Hate Violence Report from the National Coalition of Anti-Violence Programs shows that, in 2016 (the last year this report was published), 79 percent of LGBTQ+ people murdered were people of color, 68 percent were transgender or gender non-conforming, and 61 percent were transgender women of color.

As you read this list and remember these victims, make a commitment to educate yourself about the issues facing the trans community, and learn how you can support the many organizations dedicated to making the world a safer and more welcoming place for our trans family. Being trans in this world shouldn’t mean walking through life with a target on your back. The following organizations are fighting for that change.

On this 22nd Transgender Day of Remembrance, we honor the lives lost so far in 2020.

Dustin Parker, 25, was a founding member of his local LGBTQ+ organization, Oklahomans for Equality-McAlester Chapter. His employer, Rover Taxi, released a statement remembering Parker as “a steadfast friend, an amazing husband and father and generous to a fault. He loved fiercely, worked tirelessly and took on life with so much hope and enthusiasm that his presence brightened all of our lives.”

Neulisa Luciano Ruiz, also known as Alexa, is remembered in her community as "humble" and "noble," according to Metro Puerto Rico.

Yampi Méndez Arocho was only 19 years old. He loved to watch the NBA and was a fan of the Miami Heat.

Monika Diamond, 34, was an active member of the Charlotte LGBTQ+ nightlife community. She owned an event promotion company and was the co-CEO of the International Mother of the Year Pageantry System, which celebrates LGBTQ+ mothers.

Lexi, 33, loved poetry, makeup and fashion, according to her friend Lavonia Brooks. “I really looked up to her because of her tolerance and respect,” Brooks told the New York Daily News. “Lexi had a beautiful heart, she was very gifted.”

Johanna Metzger, from Pennsylvania, was a self-taught musician.

Penélope Díaz Ramírez, 31, "did not deserve to die," said Tori Cooper, Director of Community Engagement for the Transgender Justice Initiative for Human Rights Campaign. "Transgender people do not deserve to die. Every single advocate, ally, elected official and community member must stand up in light of this horrific news and say ‘No more.’ What we are doing is not enough.”

Serena Angelique Velázquez Ramos, 32, was visiting a friend, Layla Peláez, 21, who had recently moved to Puerto Rico, according to the New York Times. Peláez was “an easygoing young woman who had been raised by her grandmother and was just beginning to explore the world,” her cousin Luz Melendez told the Times.

Nina Pop, 28, worked at a fast-food restaurant and was well-known in her area, according to Missouri's KFVS12 news station. “She was always happy,” said friend Emory McCauley.

Helle Jae O’Regan, 20, was proud of her trans identity. On Trans Day of Visibility in March, she posted on Instagram: “I was looking at the pictures I used to take before I transitioned versus now and it made me realize I’m way happier than I used to be. I love myself now. Thank you to everyone who’s ever supported me and to anyone who hasn’t I hope you come around. I’m happy and proud to be myself.”

Tony McDade, 38, was killed by police in Tallahassee, Florida, on May 27. McDade’s murder—two days after George Floyd's—sparked outcry from advocacy groups and became a rallying cry for the protection of Black Trans Lives.

Jayne Thompson, 33, was misgendered in initial reporting, a problem that many victims face. “First, it is appalling that it took the media over a month to correctly identify Jayne with her correct name and pronouns,” said Cooper. “Transgender and gender non-conforming people deserve dignity in death as well as life. Secondly, it is clear that Jayne was in crisis when she was approached by Colorado State Patrol. When members of the community need help, the expectation is to protect and serve and not to be killed.”

Selena Reyes-Hernandez, 37, was killed in Chicago on May 31. On Twitter, Chicago Mayor Lori Lightfoot wrote in response to Reyes-Hernandez’s murder, "We must fight and fight hard to keep our Trans community protected and demand their attackers are brought to justice."

Dominique “Rem'mie” Fells was "a unique and beautiful soul who I am lucky to have known personally," one friend posted online.

Riah Milton, 25, loved to travel and be outdoors, her mother, Tracey Milton, told the Cincinnati Enquirer. "She just wanted to be accepted for who she was," her mother said.

Brayla Stone, the youngest victim on this list, was just 17 years old. HRC director Tori Cooper describes Brayla as “A child, just beginning to live her life. A child of trans experience. A Black girl. A person who had hopes and dreams, plans and community.” A 19-year-old man was charged with capital murder for her death in September.

Merci Mack was 22. Her friends and family describe her as funny, generous, and a beloved auntie to her nieces and nephews. Nu Trans Movement founder Shannon Walker discussed Merci’s murder to the Morning News saying, “We’re dealing with a generation of men that are just not ready to face the music and just not ready to embrace their sexuality and the experiences and the feelings that they’re having for trans women of color. And that’s just the bottom line.”

Shakie Peters was 32 when she died in rural Amite City, Louisiana in July. A friend addressed her death in an interview with People saying, “The saddest part of this is that we have a protocol for when our people die. Most people can mourn the dead once they’ve lost someone, but we actually have to fight for our humanity.” 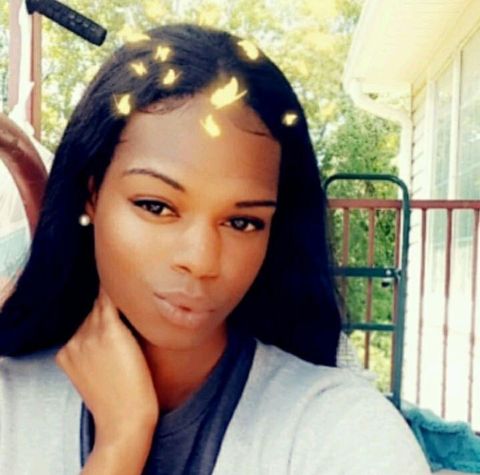 Bree Black was 27. “We want some immediate answers to what’s going on and we want this investigation to be done with full integrity,” Black Lives Matter protestor Tifanny Burks told the Miami Herald.

Summer Taylor, 24, loved animals and wanted to attend veterinary school. Summer’s parents described them to KUOW, saying, “A burst of creativity, wit, and charm, with a heart of empathy.”

Marilyn Cazares, 22, was described as charismatic, brave, and outspoken by her aunt following her death in mid-July.

Tiffany Harris, also known as Dior Ova, died at 32. During a vigil held to celebrate her life, Transgender Equity Consulting founder Cecilia Gentili told the crowd, “We need these men to stick up and show that it's good and it's OK to love a trans woman.”

Queasha D. Hardy, 22, was a hairstylist who friends say was “loyal,” “always smiling,” and “one of a kind.”

Aja Raquell Rhone-Spears, 34, ran her own fashion line and volunteered with children transitioning out of foster care. "Her life is gone," her sister, Nicola Spears, told People. "There's a life gone that's never coming back. It's so unfair and we just want to see justice done. We want an arrest made and those people held accountable for what they have done."

Kee Sam was 24. “As we mourn Kee, we will continue to advocate for reforms that will protect trans lives,” Cooper said in a statement. “We must all support and protect our trans friends and family. We must also ensure that hate crime laws and judicial systems hold those who hurt us accountable.”

Aerrion Burnett died two days before her 38th birthday. “Aerrion was a Barbie,” her friend Korea Kelly told KCTV news. “She was a goddess. Can you hear me? Fun! When I say goddess, she was everything. If you wanted to have a good day, you need to smile, Aerrion was the person you wanted by your side.”

Tracy “Mia” Green died at 29 in Philadelphia. The city’s Office of LGBT Affairs released a statement on her death: “This latest act of violence against a member of our community is a somber reminder of the epidemic of violence against trans individuals. It is a crisis that cannot be allowed to persist any further. The countless painful losses experienced during this year alone—especially within our transgender communities of color— remind us that there is much work to be done in the pursuit of full equality, respect, and justice for us all. We remain committed to ensuring that acts of discrimination, bigotry, and hatred are never tolerated in the city of Philadelphia.”

Michelle Michellyn Ramos Vargas, 33, was a nursing student and bartender in Puerto Rico. Following her death, LGBTQ+ activist Pedro Julio Serrano spoke out against the violence plaguing the trans community in Puerto Rico: “Trans Puerto Ricans are being hunted. Enough of so much hate. Trans people are as human as everyone else and deserve to live in peace, equality, and freedom.”

Brooklyn Deshauna Smith, 20, was a cosmetology student. Her murder made 2020 the deadliest year for the trans community since the Human Rights Campaign began monitoring the statistics in 2013. HRC President Alphonso David said in a statement: “Every life has value, and we must utilize this moment to not only remember Brooklyn and each and every one of the people killed this year, but take action and work to dismantle this culture of violence and stigma that the transgender and gender-nonconforming community faces. Our community’s lives are on the line, and we must commit with every breath to fight for the change we need.”

Sara Blackwood, 39, loved My Little Pony, folklore, and video games. She left behind a partner of eight years who was “inconsolable” over the loss.

Angel Unique, 25, was a cosmetologist from Jackson, Tennessee. Her friend Takia Weddle told news station Local 24, “Everybody that knew Angel knew that she was very funny. Very nice to everybody she met.” A suspect has yet to be named in the case and police are asking for any information to be reported to Crimestoppers Memphis.

Heath Owens is a commerce writer and editor at Hearst Magazines, where he covers fashion, home, tech, gifts and more.

Adam Schubak
Adam is a writer based out of New York City who loves video games, horror movies, and cats (the musical and the animal.)