I fell in love with you the moment I first heard your name. I knew it was wrong—I hated myself for loving you, but I couldn’t help myself. I yearn for you: your sweet, sweet stillness, your long hours of the day, your unvarying sense of self. How could I love something so destructive, a by-product of a disease that has brought so much pain and suffering? Alas, I’ve always had terrible taste when it comes to love.

You came at the end of March and ended winter with your warm embrace. You immediately put me at ease. Sure, the news was horrifying, but you were the solution! Your intentions were pure. You tucked me in and promised everything would be okay as long as we stuck together. Everything about being with you was cozy: staying in, drinking tea, board games, that night we got drunk on red wine and counted all the stars. Time felt like it didn’t exist with you. There was not one ungentle morning. We fell asleep and woke up whenever we wanted.

When spring came and you were still there, I knew what we had was real. At first, I thought there was no way we’d last. That the honeymoon phase would come to an end and we’d tire of each other as the weeks went by. But with every passing day, my fondness for you only grew stronger. And now that I know what it’s like to have you, I don’t think I can ever lose you. 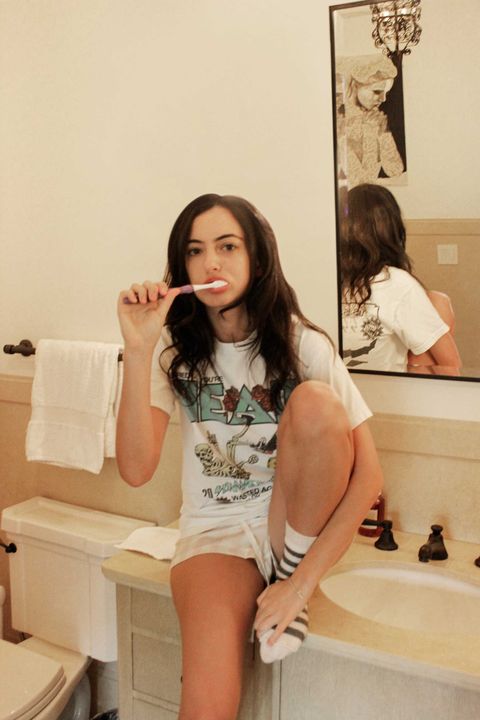 There was not one ungentle morning in quarantine. We fell asleep and woke up whenever we wanted.
Courtesy

Before you, I struggled with incessant shame. Anytime I had an interaction with another human, I would feel an onslaught of humiliation. Every other lover I’ve had has tried to make me change the way I see myself. But not you. You knew that wouldn’t work; instead, you eliminated all possible social-anxiety-inducing situations. There were no dinners, no gatherings, no meetings—no accidental run-ins on the street.

With you, I would never again spend hours after socializing, rethinking all the things I said or should have said. Gone was the fear that everyone I had just mingled with had come to the conclusion that they now hated me. Not only that, you allowed me to live without guilt. No more scrambling for excuses or feeling bad for lying to distant cousins about why I couldn’t make the family barbecue. It wasn’t my fault anymore; it was yours, and you were happy to take the blame.

For so long, my jealousy controlled me. But I wasn’t jealous with you. You made sure I wouldn’t feel that way. I knew where everyone was. My best friend was stuck in a house with me, forced to choose me over her other friends day after day. My crushes and exes couldn’t flirt with a barista or meet new girls at parties. They were only able to contact the short list of people they already knew, me included. 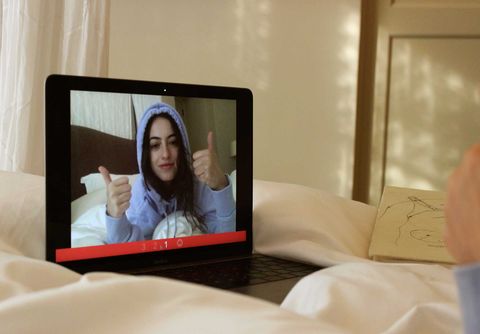 You’re the healing lifestyle of a breakup without the broken heart, quarantine.
Courtesy

In the “real world,” or what I like to call the world before you, when I’d find myself falling into depression, a minuscule task could tip me over the edge. I think back to a morning when I was feeling hopeless and had resigned myself to my bed. My mother called and asked if I would drop her bite plate off at the dentist and then pick it up a few hours later. I can’t drop off your bite plate, I said, I’m trying to get through the day.

In that state of mind, the thought of having to get up for a bite plate felt like flying across the country. But you, amazing you, you took all those menial tasks away. Depression suddenly became not only socially acceptable, but the norm. No one would try to pull me out of it; most of them now understood it for themselves, and the rest literally weren’t allowed to come near me to even try.

Before you, my shame, jealousy, and depression could be triggered by the hundreds of strangers I’d see on social media. With a tap on the screen, I’d watch as they achieved another new dream to add to their long list of accomplishments. But you halted their aspirations. And because I am a deeply selfish, insecure girl, I loved it. These strangers’ virtual lives were no longer taunting me with their successes. They even allowed us to watch as they spiraled downward because of it. The lack of attention made them do endless things for our entertainment; we had so many laughs at their expense, you and I. 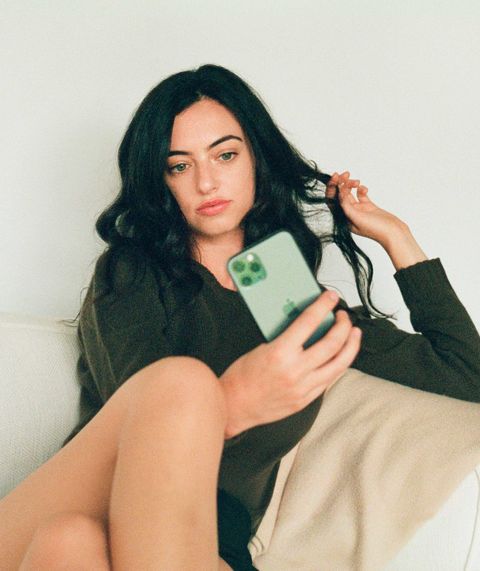 I wish people understood how rare it is to find someone who allows you to indulge in your worst vices: spoonfuls of peanut butter, isolation, flirty texting with no pressure of it going further.
Courtesy

Despite millions flouting you, you managed to do some great things that we never could have predicted. Without frivolous daily distractions, we were forced to see the truth, look social injustice in the eye. You helped shift people’s perspective. You reduced carbon emissions, keeping cars from polluting our streets and bringing airline emissions as low as they may ever be in our lifetime. You forced everyone in this world of ultra-globalization to live locally. You single-handedly brought people to their senses, conserving and rationing what they had and learning to be self-sufficient in ways society told them they didn’t have to be. You emptied out hundreds of coffee shops in gentrified neighborhoods. How much plastic did you save? My hero.

No One Asked for This: Essays

The virus that brought you into this world has fueled nightmares, but you came here to destroy it. Maybe if others had loved you as much as I did, your mission would have succeeded earlier. Lives and businesses would have been saved and things would be getting back to normal. Alas, our president was more interested in his political fortunes than he was in you, and others must go to Nobu.

I wish people understood how rare it is to find someone who protects you and allows you to indulge in your worst vices: spoonfuls of peanut butter, isolation, flirty texting with no pressure of it going further, lounging in pajamas. You’re the healing lifestyle of a breakup without the broken heart. When you leave for good, I’ll surely have one, though. I don’t think I’ll ever get over you. I’m so in love with you, so attached and codependent, I’ll probably just pretend we’re still together.

Cazzie David is the creator, writer, and star of the critically acclaimed web series Eighty-Sixed. She is a columnist at Graydon Carter’s Air Mail and has written for Vanity Fair, the Hollywood Reporter, Glamour, InStyle, and Vogue.