Zoey Deutch is exhausted. She just had a 26-hour travel day starting in Italy and ending in Colorado, and even hitched a ride with a stranger from Denver to Aspen to co-host the opening of Saks’s new pop-up shop. You’d never know it though, because she looks stunning. Wearing a white floor-length beaded dress with a pin embellishment, the actress commands attention at every corner of the party at Casa Tua. Considering it’s a fashion event, pretty much every guest wants to know who Deutch is wearing (Proenza Schouler), but it turns out there’s no real method to her sartorial approach. “I feel very all over the place with my fashion,” she tells ELLE.com. “I don’t know what I really look for when I’m shopping, but I’m pretty clear: if I see it, I love it, I want it, I got it.”

In her new movie Not Okay, which drops today on Hulu, Deutch is cosplaying more of an Emily in Paris aesthetic, though she’s admittedly never seen the show. The social media satire follows her as Danni, a misguided wannabe influencer who pretends to have survived a tragic attack abroad to gain social media clout. Deutch, who’s no stranger to Hollywood as the daughter of Back to the Future’s Lea Thompson and director Howard Deutch, or Instagram (she’s 27 years old; the app launched when she was in high school), prefers to leave its message up to interpretation. “It’s an interesting opportunity for the audience to watch it and play God,” she says. “Do you think she should have another shot, or do you think she doesn’t deserve it?”

Here, Deutch talks all things Saks, her eclectic sense of style, and the pros and cons of social media.

Growing up, did you feel any pressure to have a career in Hollywood just because your parents did?

I don’t know if I was cognizant of any pressure; I wasn’t and am not privy to it in my conscious self, but maybe deep down. More than anything, I felt support and a deep gratitude for knowing that this path was an option; I know that’s not a luxury offered to most—choosing the life of an artist, a writer, an actor, a singer doesn’t even seem possible. I feel very grateful that my passion was encouraged.

What is your relationship with social media? Has it changed over the years?

There are parts about it that are very soothing, because I grew up with it and it’s ingrained in my brain from formative years as a part of my life. My best friend Willa [Bennett] and I had MySpaces together when we were, like, 10, and we were doing this thing that now is a thing before it was a thing, and we were really good at it, and we loved it. We were always taking these artsy pictures. It was very creative; it wasn’t as hollow as I find it to be now. We would do these ridiculous photo shoots: dressing up, painting, mixed-media stuff. It was a form of expression in a way that you don’t necessarily identify with social media. It sounds super silly to be like, “We were so creative on MySpace,” but we were! When I edit photos or colors and play with things like that, it’s soothing for my brain—I shut off. My friends send me pictures and I play with the colors. I enjoy it. There’s that side of it, then the side that I find to be deeply toxic, and I despise it.

Are you hopping on the BeReal bandwagon?

I joke that I’m pissed off that I missed this moment because my generation wore fishnet tights and tight skirts and eyeliner in middle school and high school, and they get to wear sweatpants and Reeboks. I’m like, fuck! You guys are lucky. All of these things are reactions to overly glamorizing and overly Photoshopping and FaceTuning. I think it’s cool.

Dylan O’Brien and Zoey Deutch in Not Okay.
Searchlight Pictures

What was it like working with Dylan O’Brien again?

After we filmed The Outfit in London, I told him about this movie. [Director] Quinn [Shephard] met with him, and I was just so excited to be able to work with him again in a very different capacity. Both of those movies were shot during serious Covid times, so we were in a bubble. We were basically each other’s only person to hang out with. He’s become a very dear friend. Also, he’s hilarious.

Danni’s wardrobe in the film is very Emily in Paris-esque, but your style is of course very different from your character’s. What have you purchased recently that you’re loving?

I recently bought this blue Rodarte dress from Saks that I’m obsessed with. It feels very ’50s. I’m trying to find a special occasion to wear it—I don’t want to waste it! 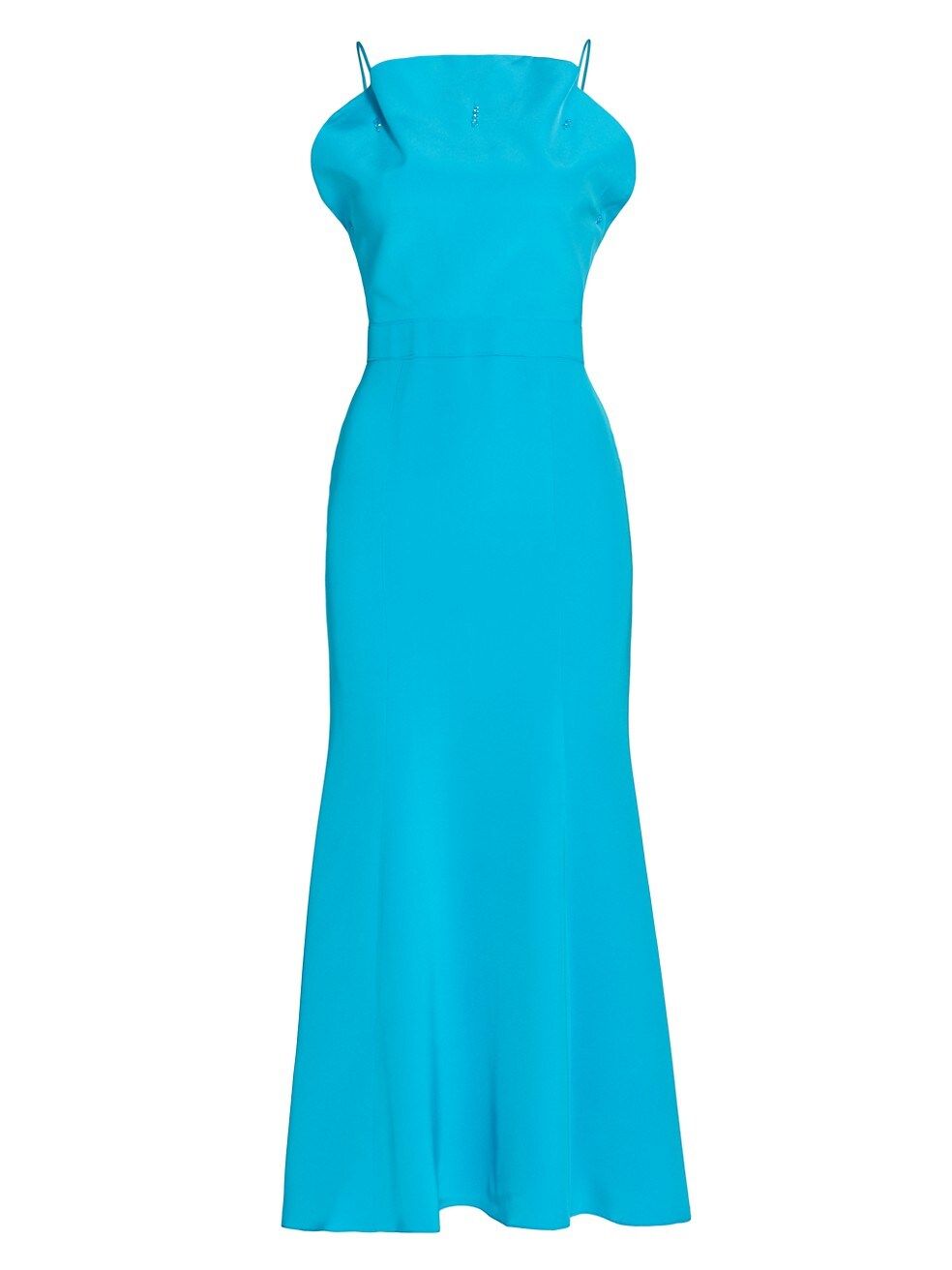 What do you typically look for when you shop?

I feel very all over the place with my fashion. One day I’m an Amish butter-churner, wearing flowy [pieces], and the next day I’m flare suit vibes, and the next day I’m in overalls like a 12-year-old boy going to Disneyland. I don’t know what I really look for when I’m shopping, but I’m pretty clear: if I see it, I love it, I want it, I got it.

Zoey Deutch as Danni Sanders in Not Okay.
Searchlight Pictures

What initially drew you to the script for Not Okay?

I was taken by the conversation of cancel culture. That was the part about it that I really honed in on.

How do you feel about cancel culture?

I find it to be counterproductive that we all sit behind our computers and play God and decide who gets to live or die. It’s not super constructive, and it’s not properly representative of the human experience. I just don’t know what message that sends, that if you make a mistake, it’s all over and you might as well give up. But of course, there’s more nuance than that. This is a movie about someone who does a bad thing, and I think it’s an interesting opportunity for the audience to watch it and play God. Do you think she should have another shot, or do you think she doesn’t deserve it?

Do you think there’s a social media protocol to follow when tragedy strikes?

You certainly don’t pretend like you survived it, like Danni does [laughs]. That’s a clear line that you shouldn’t cross. I think in general in life, if you’re authentic and you’re empathetic and you’re leading with those qualities, that’s a good way to be.

Claire Stern is the Deputy Editor of ELLE.com. Previously, she served as Editor at Bergdorf Goodman. Her interests include fashion, food, travel, music, Peloton, and The Hills—not necessarily in that order. She used to have a Harriet the Spy notebook and isn’t ashamed to admit it.